Jennifer Lopez is a woman who wears many hats. This is a fact known to everybody in America. From starring in several Hollywood movies, to releasing commercially successful music to hosting American idol, J-Lo has been a steady presence in American pop culture for nearly 3 decades. With all that In mind, expectations were high for her Super Bowl pre party at the armory. Fortunately for all involved, the experience lived up to its billing, and perhaps even its relatively high ticket price.

Loooove this group soooo much… #jlodancers #jloband @nappytabs @kaybismee and my whole crew!!!????????????? Thank you all for having my back in every way… #priceless #makingmemories #makinghistory

I entered the armory not knowing what to expect. Reviews had been solid for the recently renovated and reopened venue, but I’ve been disappointed before, and am of the mind that you have to experience something for yourself before making a judgement. Upon entering, I quickly realized that this night would not be like most other nights, and that this venue would not be like most other venues.

The first thing I noticed walking in was a small forest flanked by two massive lines. The lines, I figured (correctly) were to get into the main floor, which wasn’t open yet. Some would see this as bad news, but I saw it as an opportunity to explore the environment the venue, and the sponsors (DIRECTV) had curated for fans. I started out with a small stroll through the forest, which I then learned was there to raise awareness for hurricane relief in Puerto Rico. 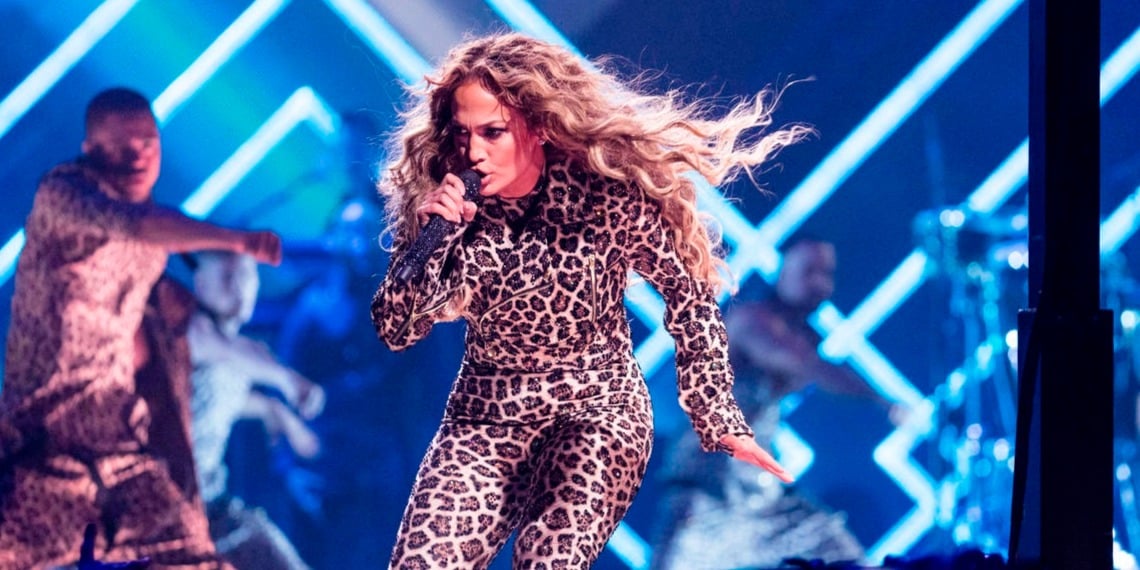 I thought it was a creative way to raise awareness for a cause near and dear to the heart of J-Lo, she herself of Puerto Rican heritage. The other attractions ranged from somewhat lame (a lightly populated dance floor) to bizarrely compelling (a virtual reality zombie experience created by will.i.am).

The through-line in all of it though, was that the organizers were trying very very hard to create a memorable experience, which is exactly what you want from a big ticket event like this. There was also free beer, which didn’t hurt the operation. Eventually, after about an hour, the doors opened and people were allowed to enter.

The first thing I noticed about the main stage area was the scope of the place. It was massive, or at least deceivingly so. It wasn’t quite arena-level (the capacity is a mere 8,000 for most shows), yet felt larger than life. The Party raged early and often, with legendary DJ Z-Trip holding down the tables spinning the hottest in pop, hip hop, and R&B. It wasn’t the most adventurous set I’ve ever heard, but it certainly got the job done.

The experience was immersive, and set the stage for what was to come, and what was to come was dazzling. After the lights went down for a minute or so as an introduction rolled, J-Lo emerged in a Leppard skin outfit (her first of many), with a troop of dancers, who would be by her side all night long. Opener “Get right” set the tone early, followed by the percussive “If you had my love.”

By this point it was clear that this concert would be about much more than just the music, as the familiar hits given new life by the choreography. “Love don’t cost a thing” saw more of the same, with incredible acrobatics performed by the dancers. It was a fantastic way to end the opening trio of songs. Up next was one of the surprises of the night, a fun, albeit an arguably predictable cameo by DJ Khaled.

Known more as a producer and/or celebrity than as anything translate-able to the stage, Khaled did what he could to engage the audience. This took the form of acting as his own hype man while his songs played. It’s easy to be cynical about something like that, but I enjoyed the run through his hits, which included “I’m on one” and “wild thoughts.” Most importantly, the audience loved it.

After Khaled left, J-Lo and crew came back onstage, this time donning new outfits, the dancers with a decidedly 90’s aesthetic, and J-Lo with a baseball jersey. After “ain’t it funny,” she gave a heartfelt speech on her ancestral homeland of Puerto Rico.

Unlike some speeches in the middle of pop concerts (including some of her own later on) this felt authentic, and it segued nicely into “Jenny from the block.” The dancing was again elaborate, and this time including a baseball sequence as a nod to her other home, the Bronx. Another break followed, this time featuring another medley of contemporary hits.

I took a bathroom break, and came back right in time to see J-Lo emerge in a sparkling red dress, this time to sing “too late,” and the sultry “Girls.” My friend says this was her favorite outfit of the night. I think you could’ve made a case for any of them. “Booty” was up next, and featured, appropriately, lots of twerking. You could say this was predictable, but it was so well executed that it’s hard to fault.

Following the more EDM tinged song, the band busted into a deep funk groove, putting the audience into a frenzy. Eventually the groove turned into a full fledged cover of Aretha Franklin’s iconic “Respect.” J-Lo doesn’t have the same quality of voice as Aretha (And who does really?) but I found the cover to be convincing and it worked nicely with what followed, a more recent song called “Ain’t your mama.”

The next guest to come out on the star studded night was Ne-Yo. The two sang a duet, and their interplay was fun to watch. A not totally unexpected prince medley was up next, with the high point for me being “when doves cry,” which saw the band at its tightest of the night. This was a tough act to follow but she managed to do it rather well in the form of her hit “waiting for tonight,” the stage production of which was dominated by lasers.

The penultimate sing of the set proved to be one of the sweetest, her ode to her newish relationship “Us.” The set concluded on a very high note with her international mega-hit “On the floor,” which saw the most ambitious production of the night, including but not limited to, lasers, fire cannons, pitbull on screen, and more lasers. The audience was pleased, and after the Vegas themed encore of “Let’s get loud,” went home happy.

A lot can be and has been said about J-Lo over the years. Like any pop star, she has her fans and her detractors, and like any person she has her strengths and weaknesses, all of which are magnified living under the microscope the way she does. But on this night, she let the performance speak for itself. She came, she saw, and she conquered, and we were all the better for witnessing it.