Green Day is Back

With Weezer bringing some well-made covers and new songs from their previously released albums The Black Album and The Teal Album, fans are in for quite a show. Weezer is also releasing another new album on May 15, 2020.

The surprising thing with this tour is how it came about in September 2019. Perhaps the most unexpected announcement was Green Day joining in the fun. The tour sets the stage for Green Day’s newest album, which is entitled Father of All, and is the band’s thirteenth studio album.

It is interesting how the whole thing started. Although the Instagram post is now deleted, On September 10, 2019, Green Day singer Billie Joe from tagged Rivers Cuomo and Pete Wentz regarding a gif from actor Rainn Wilson from the “Office.” The comment read: “Hella Mega.”

All three of the bands announced their tour dates in their own style. The dates for the tour are from the months of March to August 2020.

A Spoof for the Ages

Green Day made a spoof of the Anchorman movie. Although the super-imposed faces were kind of creepy, the entire concept was hilarious.

The scene is classic, where the news anchors take to the back alley to rival and fight their competitors. The scene is portrayed exactly as in the movie, with the only differences being the faces of Rivers Cuomo, Pete Wentz and Billie Joe Armstrong in place of the main characters.

The altercation quickly escalates with weapons being raised and everyone fighting. The scene cuts to the Hella Mega Tour announcement. Still, with Armstrong’s face on Ron Burgundy, he states at the end, “Boy, that escalated quickly.”

Back From the Ashes

Green Day has been laying low these past few years, which is why many were surprised that the band is releasing a new album. Fans are certainly excited to see what Green Day has been cooking up with their new songs.

The first single released, which is also the title of the album, is named “Father of All.” The band has certainly come a long way from their days of “Basket Case,” “Time of Your Life (Good Riddance)” and “Hitching a Ride.”

“Father of All,” brings a fast-paced tempo with an aggressive sound. The song also portrays an array of sound effects that Green Day doesn’t usually use. However, a new sound isn’t always bad.

Green Day’s album trilogy, “¡Uno!,” “¡Dos!,” “¡Tre!,” was a flop. Moreover, fans of the band new it. Hopefully, this new album can revive punk rock music as it has been slowly taking a back seat to other music genres.

This is not to say that other genres aren’t good, but it would still be nice to have punk rock music back on the scene. It would be great to see old school bands make a comeback, such as Blink 182 and Fall Out Boy. 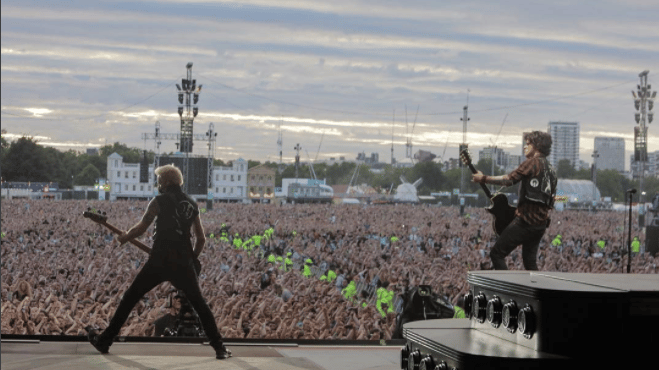 The fact remains to be seen if Green Day can make another hit album. It can be hard on Green Day because they’ve set the bar pretty high with some of their record-breaking music, such as American Idiot and of course Dookie.

Green Day is a band that loves to tour the world. Not much is known about their new songs. However, as the days go by, rumors and more information are sure to come out.

In fact, the band recently announced a few of the song names, which are “Bulletproof Backpack,” “Junkies on a High,” “Sugar Youth,” “Meet Me on the Roof” and “Idiot Love.”

In a recent interview, Billie Joe describes their new album as a mix of punk rock, soul, Motown, and anthemic music. 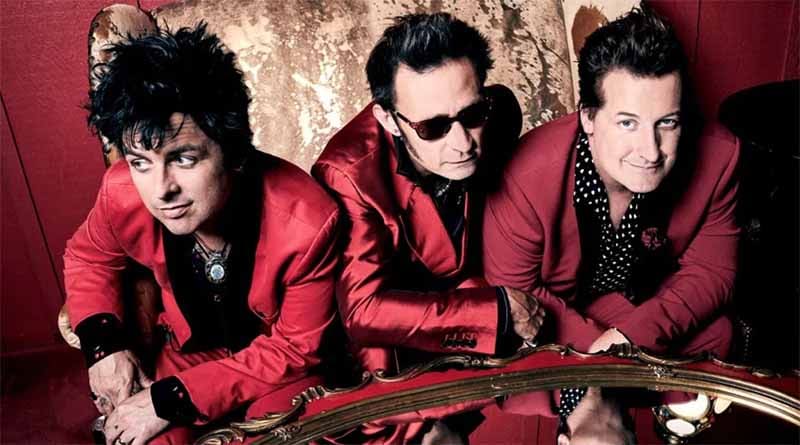 New energy is always a great thing. Green Day certainly sounds like they’re coming with a lot of never-been-heard-before material.

When Weezer came out with their new songs last spring, I could feel the excitement. Other bands have also started to announce and release new albums. Blink 182 just came out with a new album, which is called Nine.

Fall Out Boy have also come out with new music of their own, as well as a Greatest Hits album, which will be released on November 15, 2019.

A Summary of the Tour Dates

Green Day will begin their tour on March 8, 2020, in Asia. However, this is only Green Day and will not include the other bands.

The rest of March will be toured in Asia with the band taking a break in April. The second leg of the tour picks back up in Europe where Green Day will tour alone in late May and then with Weezer in June.

This encompasses the second, third and fourth leg of their tour. The fifth and final leg of the Hella Mega Tour concludes in North America from July 17, 2020, to late August.

This makes a total of 46 shows in 22 countries for Green Day. Fans of the band can rejoice and begin making plans for next year’s Hella Mega Tour. It’s sure to be one wild ride.